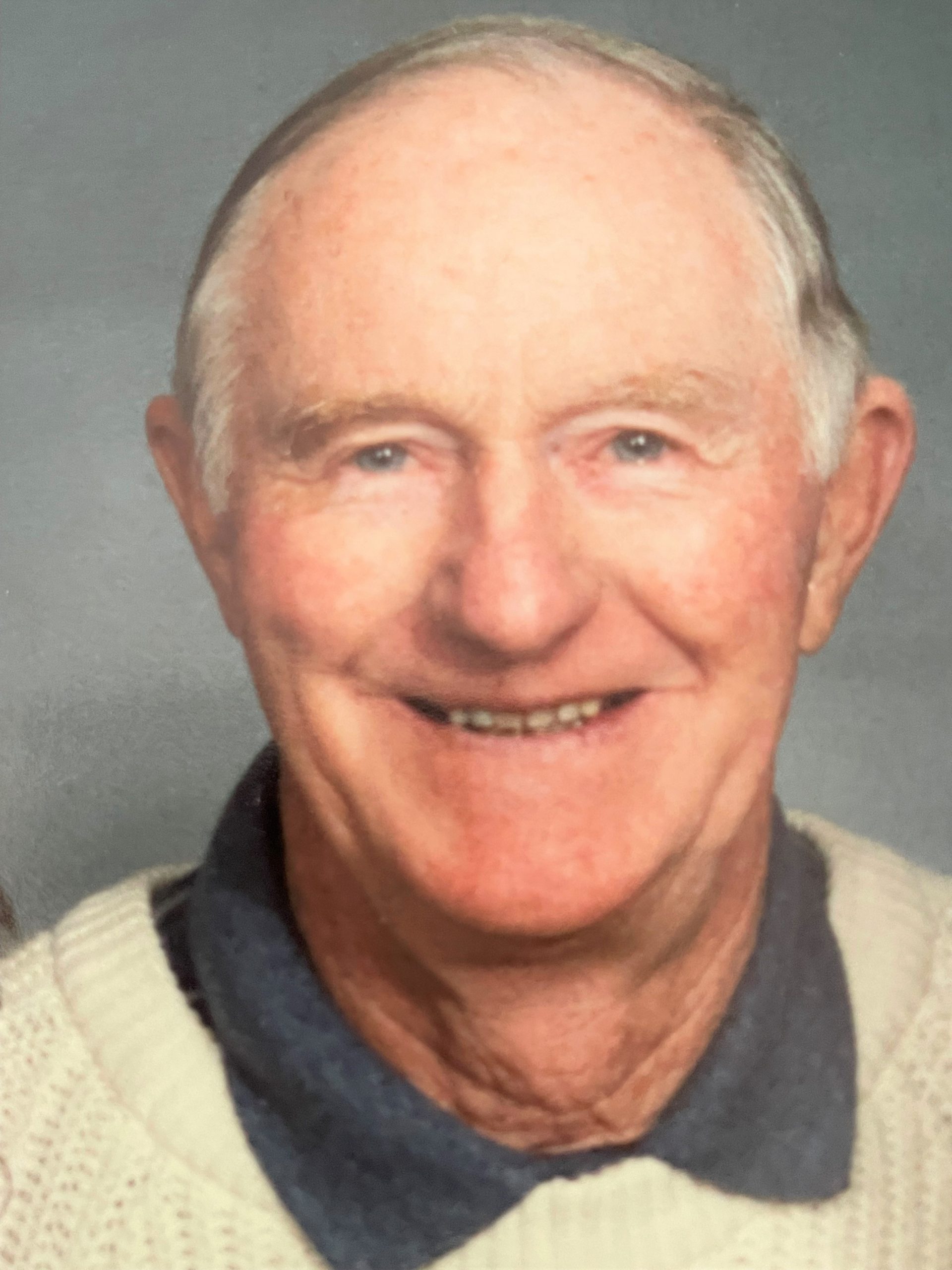 John G. Haher, 102 of Middletown, died peacefully, surrounded by his family on Monday, November 7, 2022 at home. John was born in Manhattan, NY. He worked for American Airlines as an airplane pilot Captain. He married the love of his life, Barbara (Hayes) Haher in January, 1952.

John was a Major in the 49th Fighter Group during World War II. He was an Ace of the Pacific flying P38s, and P40s.  He learned to play golf in Japan during the Korean War which eventually led him to his nickname “The Terminator” at Bamm Hollow Golf Course where he humbly won countless tournaments and made lifelong friends. He also had a successful sailing record when he raced on the weekends at Richmond Country Yacht Club on his Pearson 26 sailboat and later enjoyed sailing at Monmouth Boat Club.

John took great pride in his family. His selflessness was boundless. He will always be remembered with a big smile on his face.

He is predeceased by his parents James and Alice Haher, his wife Barbara A. Haher, and his son, Douglas Haher.

Surviving are his two daughters Elaine Haher and Lila Dejulio, and his pride and joy, granddaughter Carissa Dejulio and his brother Judge Raymond Hare of Fort Lauderdale, Fla and his sister Grace Haher of Deerfield Beach, Fla.

In lieu of traditional remembrances, John’s family asks that you go out to dinner with your loved ones on a Saturday night, as this is what he shared with his family.

For messages of condolence, or to share a favorite memory of John, please visit his page of tribute at www.HolmdelFuneralHome.com

To leave a condolence, you can first sign into Facebook or fill out the below form with your name and email. [fbl_login_button redirect="https://wbhfh.com/obituary/john-g-haher/?modal=light-candle" hide_if_logged="" size="medium" type="login_with" show_face="true"]
×