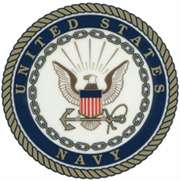 Joseph L. Scialla, 85 of Ocean Township passed away Tuesday, June 29, 2010 at his home with his family by his side. Mr. Scialla was born in Long Branch and had lived in West Long Branch for many years before moving to Ocean Township 4 years ago. He along with his brothers, Johnny, Shadow and Freddie, owned and operated Freddie's Pizzeria, Long Branch and Asbury Park; a business that was started by their parents Freddie and Grace. Mr. Scialla served his country and was honorably discharged twice from the U.S. Navy, serving during WWII, and then enlisting again and serving during the Korean Conflict. He was a communicant of St. Jerome RC Church, West Long Branch where he was an active volunteer for many events including the Spaghetti dinners and the Communion breakfasts. Mr. Scialla was an avid golfer. He was predeceased by his mother and father, Grace and Freddie Scialla; two brothers Freddie and Sam (Shadow) Scialla; and a sister, Janet Carlucci-Douress. Surviving is his loving wife of 57 years, Stella Leone Scialla; two daughters and a son-in-law, Louise Peterson, Eatontown and Mary Grace and Bill Katchen, Leonia, NJ; two grandchildren, Joseph and Kristen Peterson; his brother, John Scialla, Eatontown; and a sister and brother-in-law, Carol and Frank Monteforte. Visitation will be Thursday, July 1st, 2-4 and 7-9 PM at the Woolley Funeral Home, 10 Morrell St., Long Branch. The funeral mass will be celebrated Friday, July 2nd, 10:00 AM at St. Jerome RC Church, Wall Street, West Long Branch. Interment will follow at Woodbine Cemetery, Oceanport. Those wishing may make contributions in his memory to St. Barnabas Hospice and Palliative Care Center, 300 Second Ave., Long Branch, NJ, 07740 or the American Diabetes Foundation, 345 Union Street, Hackensack, NJ, 07601. You may light a candle of condolence by visiting www.woolleyfh.com.

To leave a condolence, you can first sign into Facebook or fill out the below form with your name and email. [fbl_login_button redirect="https://wbhfh.com/obituary/joseph-l-scialla/?modal=light-candle" hide_if_logged="" size="medium" type="login_with" show_face="true"]
×