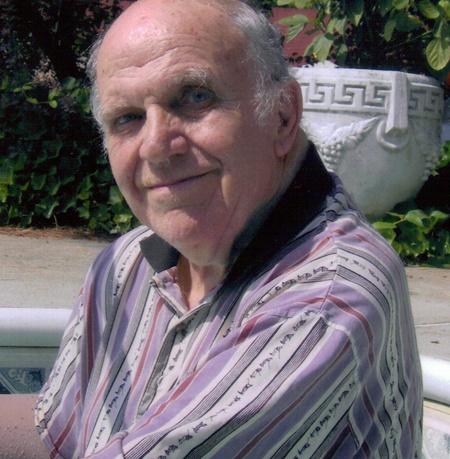 JOSEPH RETTAGLIATA entered into eternal rest on November 13, 2012. He was born January 6, 1926 in New York City. He graduated Seward Park High School and worked for Western Union before moving to Matawan. Joe worked for the Army Signal School at Ft Monmouth as a Military Pay Super visor for 15 years where he received numerous awards for his outstanding performances. He has been the owner/ operator of Strathmore Cleaners for the past 50 years. He was a member of many organizations which includes the Catholic War Veterans(1948), Monmouth Cnty Commander of Catholic War Veterans(1950), President of the Matawan Rotary Club (1976), Monmouth Cnty Chairman of the Ronald Regan Campaign (1980), Bayshore Sewage Authority for 20 yrs, Member of the Monmouth Cnty Planning Board (1982) and served as Chairman from 1988 to 2011. In 2003, Joseph and his wife donated a Mosaic Shrine of the Blessed Virgin Mary to the Basilian Fathers Church of Matawan in answer to his prayers of health. Many people that have visited the shrine said their prayers had been answered. He is predeceased by his loving wife, Lena, his parents, Giacomo and Rosa Rettagliata; and his sister, Louise Nicora. He is survived by two daughters and son-in-law, Roseanne Trevean of Aberdeen, and Susan and Edward Idec of Elkton, MD; his grandson, Anthony Joseph Trevean and many nieces and nephews. Visitation will be from 2 to 4p.m. and 7 to 9 p.m. Friday, Nov 16 at the Holmdel Funeral Home, 26 South Holmdel Rd, Holmdel. A Mass of Christian Burial will be offered at 10 am Saturday, Nov 17 at St. Clement Church, Matawan. Entombment will be in Marlboro Memorial Park, Marlboro. The family invites all Joe's friends to come celebrate his life with them and requests Memorial gifts in Joseph Rettagliata's memory be made to the American Cancer Society and the American heart Association. Donation forms will be available at the Funeral Home. For directions or to post an online condolence Please visit www.holmdelfuneralhome.com

To leave a condolence, you can first sign into Facebook or fill out the below form with your name and email. [fbl_login_button redirect="https://wbhfh.com/obituary/joseph-rettagliata/?modal=light-candle" hide_if_logged="" size="medium" type="login_with" show_face="true"]
×