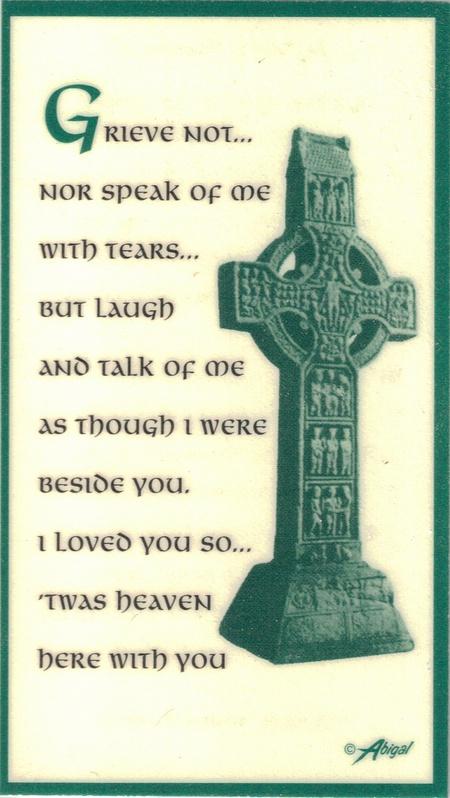 Kathleen Waters Ronan was born on June 4th, 1921 in Ballina, County Mayo, Ireland. She immigrated to the U S A in 1934. Kathleen was happily wed to John C. Ronan for 56 years and had five children, three son in laws, two daughter in laws, and six grandchildren. Kathleen and Jack raised their children in Jersey City, and were devout Catholics who attended St. Michaels Church. In 1972 they moved to Kearney and lived there for over thirty years. After Jack's death she spent three wonderful years living nearby family in Middletown. Despite the tragedy of losing her youngest and precious daughter Veronica to brain cancer on Sept. 13, 2009, Kathleen's many friends and staff at Regale Point offered their friendship, compassion, and time to help her through the grieving process. Their kindness to Kathleen will always be remembered.She was proud of her skill at Wii Bowling, betting on horseracing, and learning new card games while there. Kathleen is survived by: Eileen and Ken McGurk, Neil and Linda Ronan, John and Deborah Ronan, Kathleen and Girard Kelly, Tom Woodmaska, John, Thomas, Christina, Jane, Will, Lauren, and many devoted nieces and nephews. The family requests that in lieu of flowers, donations be made to The B.R.A.I.N. Foundation, P.O.Box 819, Holmdel, N.J. 07733.

To leave a condolence, you can first sign into Facebook or fill out the below form with your name and email. [fbl_login_button redirect="https://wbhfh.com/obituary/kathleen-ronan/?modal=light-candle" hide_if_logged="" size="medium" type="login_with" show_face="true"]
×