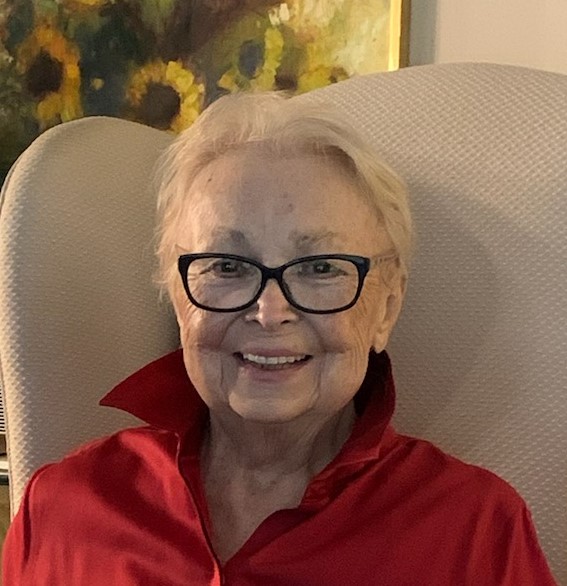 Olga Michaelina Yurechko, the daughter of Joseph Yurechko of Yavoriv, Lviv, Ukraine and Anastasia (Nastia) of Vustpovichi, Zhytomyr, Ukraine was born on April 6th, 1947 in a German Displaced Persons (DP) Camp. Her parents were taken from Ukraine to Germany during World War II to become labor workers. Following the war, they met in a displaced persons camp where they were later married and Olga entered the world.

In 1950, there were opportunities to emigrate from Germany to countries outside of Europe. The Yurechkos were scheduled to sail to Australia, however, at the last minute, 3 year old Olga became ill and the young family could not make the sailing date. In a short while they were able to board another ship, the Cornell, bound for America. While they would not know anyone in this new country when they arrived, their faith in God’s will sustained them, just as it had when they had left their homeland years earlier. They arrived in Ellis Island following thousands of immigrants through the gates of freedom and opportunity in the shadow of the Statue of Liberty.

Finding their way to Newark, NJ, they began their new lives as a family. As soon as was feasible, they began the process to become U.S citizens. They became parishioners of St.John the Baptist Ukrainian Catholic Church where for the next forty years they were devoted parishioners and benefactors. Olga’s parents, Joseph and Nastia, were handed down the gift of faith from their parents so they wanted to hand that faith down to their children. Olga attended the St. John the Baptist parochial school and was joined there later by her younger brother, Joseph Walter. She attended Irvington High School, graduating in 1969. Following her graduation she studied at The Traphagen School of Fashion in New York City.   Prior to landing a full time job, she worked as a seamstress at a bridal shop sewing sequins on veils and bridal gowns. She also worked as a “petites” model for coats at Barbizon Modeling.

In 1970 she was offered a position with Hampshire Fashions and quickly rose to the senior ranks to become Vice President of the company for the women’s division. Olga worked for Hampshire for 37 years and in her position as Vice President she traveled the world ensuring fulfillment of the company’s contracts. Whether in Eastern or Western European countries, Puerto Rico, the various regions of the United States, or China, Taiwan and Japan, Olga employed her characteristic efficiency to get the deal done. Her love of fashion and beautiful creations suffused all she did – whether selecting the perfect accessory or creating a glamorous “table-scape” to set the stage for a warm and welcoming dinner party. If you were lucky enough to be invited to dinner at Olga’s, you counted your blessings! Delicious food served in a lovely atmosphere with vibrant conversation left all who attended just wishing for another opportunity to join the party.

After retiring in 2007, Olga became her parents’ primary caregiver at their home in Middletown, NJ. Her mother died at age 90 in December 2015 while her father passed away at age 96 in January 2020. Her younger brother, Joseph Walter, died from COVID-19 complications in January 2021.

Olga was diagnosed with an aggressive form of cancer in 2021.   She fought a courageous battle with the disease but finally succumbed to it. To the end, Olga was a proud American of Ukrainian descent and was active in the charitable organizations especially those at the Assumption Ukrainian Catholic Church in Perth Amboy, NJ, such as the St. Ann’s Society. She was also previously a member of the Ukrainian National Women’s League of America (UNWLA).

Olga is survived by her great niece, Marina Mgushi, Bepin (husband) and their son Michael, as well as nephew, Matthew Yurechko, sister in law, Olga Yurechko, cousin Sergii Shapovalenko and wife Rita, as well as cousins in the U.S and Ukraine and countless good friends and devoted neighbors.

Funeral arrangements are by Holmdel Funeral Home on Holmdel Road, Holmdel, NJ on Friday, February 25th, from 4 p.m. to 8 p.m. with a prayer service (parastas) at 7 p.m. The funeral liturgy will be at 10:00 AM on Saturday, February 26th, at the Assumption of Blessed Virgin Mary Ukrainian Catholic Church, 684 Alta Vista Place, Perth Amboy, NJ, 08861.

Interment will be at St. Andrew’s Cemetery, Bound Brook, NJ where Olga will be laid to rest next to her parents and brother. In lieu of flowers, donations in her memory will be for an orphanage in Ukraine and checks can be made out to the Assumption Ukrainian Catholic Church/Orphanage.

To leave a condolence, you can first sign into Facebook or fill out the below form with your name and email. [fbl_login_button redirect="https://wbhfh.com/obituary/olga-m-yurechko/?modal=light-candle" hide_if_logged="" size="medium" type="login_with" show_face="true"]
×