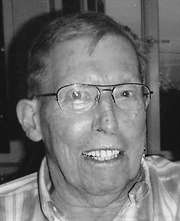 Peter J. West, 79, of West Long Branch, passed away Tuesday February 9th at St. Barnabas Hospice and Palliative Care Center, Monmouth Medical Center, Long Branch. Mr. West was born in New York City. He lived in the Shore Area most of his life before he moved to West Long Branch in 1957. He was a 1949 graduate of Asbury Park High School. He served in the U.S. Air Force from 1950 until his honorable discharge in 1954. He reached the rank of Staff Sergeant. His last tour of duty he was stationed in Oahu, Hawaii, where he and his wife Jane lived. Mr. West was a Heavy Equipment Operator for J.F. Kiely Construction Co. Long Branch for 37 years. After his retirement he and his wife Jane, spent their winters in Florida. Peter and Jane loved to travel. They traveled to Europe several times. His favorite trip was Switzerland where he would meet his mother's family. On their 50th Anniversary they returned to Hawaii. He loved fishing, and has owned his own boat since he was 10 years old. Mr. West enjoyed his many friends each morning at Dunkin Donuts in West Long Branch. Mr. West was predeceased by his parents, John and Camelia West; his twin brother, Maurice West. Surviving is his wife of 58 years, Jane; a son and his wife, John & Deborah West, Vero Beach, Fl.; three daughters, Cynthia and her husband Robert Russo, Beachwood, NJ, Sharon West, Bradley Beach and Pamela and her fiancÃ© Dennis Keefe, West Long Branch; a brother and his wife, John and Margarida West, W. Caldwell; six grandchildren, Aaron, Joshua, and Danielle West, Amanda and Robert Russo, and Jessica Colvin; three cousins, George West, Monmouth Beach, Ciro Cozzolino, Manhattan and Tina and her husband Jack Jaeger, Jackson Heights, N.Y.; two sisters-in-law Genevieve and her husband Thomas Barbur, Avon, and Jacqueline Capestro, Bradley Beach; and several nieces and nephews. Visitation will be Friday, Feb. 12th 2 to 4 PM (there will be no evening visiting hours) at the Woolley Funeral Home 10 Morrell St. at Broadway, Long Branch, NJ. Funeral service will be Saturday, Feb. 13th 10 AM at Old First United Methodist Church, Locust Ave., West Long Branch. Entombment will follow at Woodbine Mausoleum, Oceanport. You may make contributions to Old First United Methodist Church 197 Locust Ave., West Long Branch, NJ 07764 or The Schroth School, 1701 Knelly Blvd., Wanamassa, NJ, 07712. You may light a candle of condolence by visiting www.woolleyfh.com.

To leave a condolence, you can first sign into Facebook or fill out the below form with your name and email. [fbl_login_button redirect="https://wbhfh.com/obituary/peter-j-west/?modal=light-candle" hide_if_logged="" size="medium" type="login_with" show_face="true"]
×