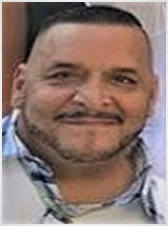 He was known as a gentle, charismatic wallflower in Long Branch. He frequented local businesses on Broadway and made several friendships therein along the way at the Broadway Loan Company and McDonalds.

Many in the community know “Ricky” as a compassionate, kind and tender soul.

He was predeceased by his beloved maternal grandparents: Margarita and Ofidencio Orengo, and his mother and father: Carmen Orengo and Juan Colón .

“See you in Paradise Ricky.”

To leave a condolence, you can first sign into Facebook or fill out the below form with your name and email. [fbl_login_button redirect="https://wbhfh.com/obituary/ricardo-colon/?modal=light-candle" hide_if_logged="" size="medium" type="login_with" show_face="true"]
×