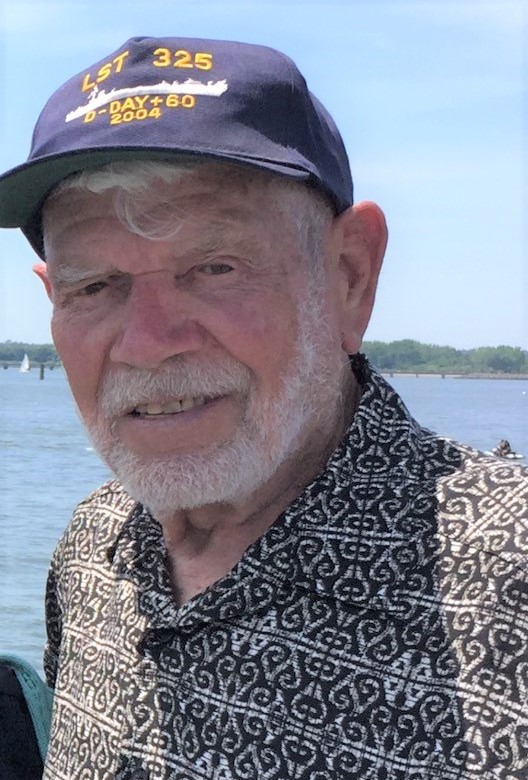 He was born in West Long Branch to the late Grace and Oscar Hauter in 1931.

Dick was raised in West Long Branch and graduated from Long Branch High School in 1949. After high school, he served his country in the U.S. Navy, on the LST 980, USS Meeker County. He met the love of his life, Dorothy and they moved to Oceanport, where they began their family together. He was a member of the Carpenters Union, Local 225 for many years and retired as a Superintendent of Construction with PJ Saker Const Co. Freehold NJ. He was also a Capt. with the Oceanport First Aid and a member of the Hook & Ladder Fire Dept. He enjoyed and was a member of the Long Branch Ice Boat and Yacht Club.

Dick was a man larger than life and of many talents. He was an avid sail boater, who enjoyed sailing his boat the “Hello Dolly” in the summer and ice boating in the winter. He was a private pilot and over the years he and his wife traveled to various places in his Cessna 172. They also enjoyed several cruises, most notably Alaska, Bermuda and the Panama Canal. Most of all, Dick loved spending time at home with his family.

He is predeceased by his parents, and siblings Edward Hauter, Robert Hauter, and Betty Oldford.

Surviving is his wife of 67 years, Dorothy “Dolly” Hauter, his daughter Donna and her husband George Dowd of Brick, his son Richard Hauter Jr. of Brick, four grandchildren Erin, Daniel, Brittani, and Taylor, four loving great-grandchildren Grace, Addison, Madelyn, and Logan, many nieces and nephews and his sister Eleanore Aras of Red Bank.

Visitation will be held Monday, August 22 from 4 – 8pm with a funeral home service and military honors offered at 7:30pm at the Woolley-Boglioli Funeral Home, 10 Morrell Street, Long Branch. Cremation will be private.

In lieu of traditional remembrances, the family asks with gratitude that memorial contributions in his name be made to the Multiple Sclerosis Foundation (https://engage.mymsaa.org/donate).

For messages of condolence, or to share a favorite memory of Dick, please visit his page of tribute at www.WoolleyBoglioli.com.

To leave a condolence, you can first sign into Facebook or fill out the below form with your name and email. [fbl_login_button redirect="https://wbhfh.com/obituary/richard-henry-hauter-sr/?modal=light-candle" hide_if_logged="" size="medium" type="login_with" show_face="true"]
×