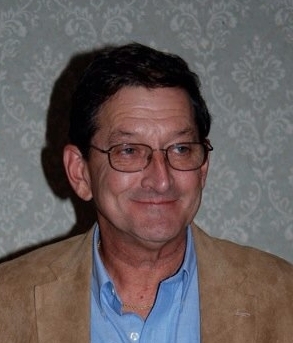 Richard R.' Dickie' Webb, 65 of West Long Branch, died on Thursday, September 25th, suddenly at his business surrounded by family and close friends. Dickie was born in Long Branch, raised in Oakhurst and lived in West Long Branch for many years. He served his country honorably in the U.S. Army , stationed in Korea during the Vietnam War. He was a partner of 45 years at Branch Exxon, Wall Street and Locust Avenues, West Long Branch. Dickie earned his pilot's licensee over 20 years ago and enjoyed flying his own plane up and down the east coast. His generous heart was unyielding to help others, while never asking for anything in return. He is survived by two sons and daughters-in-law, Christopher and Jill Webb, Manhattan, NY and Jason and Sally Webb, Ocean Twp; his sister and brother-in-law, Nancy and Malcom Allen of South Hero, Vt.; his former wife and best friend, Victoria Iannarone, Eatontown; his 45 year business partner, John Paolantonio and his wife Joyce of West Long Branch; and the Webb family dog, Roxanne. Visitation Sunday , September 28th, 4 pm until the time of the service at 7 pm at the Woolley-Boglioli Funeral Home, 10 Morrell Street, Long Branch. Contributions in memory of Dickie may be made to the SPCA, 260 Wall Street, Eatontown, NJ 07724. To place a message of condolence in Dickie's Book of Memories please visit www.woolleyboglioli.com.

To leave a condolence, you can first sign into Facebook or fill out the below form with your name and email. [fbl_login_button redirect="https://wbhfh.com/obituary/richard-r-webb/?modal=light-candle" hide_if_logged="" size="medium" type="login_with" show_face="true"]
×