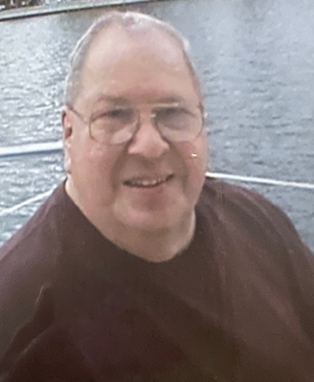 Ronald J. Mehlhorn Sr., age 75 of Long Branch, NJ, went to join his bride in their forever paradise on Wednesday, 16 March 2022 after a brief earthly separation one month shy of six years.

Ron, or Ronnie to his friends and family, was born in Bergen County NJ on 08 June 1946 to Mary Mehlhorn (nee Donald) and Joseph DiGuilmi.  He grew up in a large extended Italian American family, spending most of his time at his grandparents’ house along with his aunts, uncles and cousins.  Being the first-born grandchild, Ron was doted on by his family, a tradition that deservedly continued well into his later years and for which he never failed to remind his cousins he was the favorite.

Ron joined the Air Force based on a handshake agreement to sign up with his best friend, only to find out he was the only one to sign up, none the less, Ron was an extremely proud Vietnam Veteran.  Upon his departure from the Air Force, Ron returned to his home turf in Bergen County NJ, figuring out where life would take him by way of the pool halls and living life with his brothers George and Bruce.  It was in this northern part of the Garden State that Ron met his Jersey (City) Girl, Grace.  Ron and Grace were married shortly after, eventually welcoming a son, Ronald Jr., and a daughter, Andrea.  After starting his family, Ron decided to go back to school, where he attended night classes while working full time in order to obtain a degree to provide a better life for his family.   Ron graduated from Monmouth University in record breaking time and became a Certified Public Accountant (CPA) and a Certified Government Municipal Accountant (CGMA), which allowed him to be fully immersed in his passion, math, a passion he was thrilled to share so many years later with his granddaughter, Grace.  Ron landed his dream job as the Chief Financial Officer for the City of Long Branch, where he worked tirelessly in the position, he held for 38 years before his retirement in 2016, while raising his family and setting roots at the Jersey Shore.  Long Branch remained his home for the rest of his life.  Although one could typically find Ron at the office any day of the week, Saturday, Sunday and holidays included, he found the greatest joy in taking care of his family.   Although he had two biological children, he was a father figure to so many more.  Ron was truly a blessing to so many, often times taking in friends, family members, and opening his home and heart to anyone in need.  He cared deeply for everyone he knew and would go to the end of the earth to make sure anyone who was in need was taken care of, a compassion so great, he always put others before himself, literally up to his last breath.  Ron was well respected within the city for the work he did, but even more so by his family, who worshiped the very ground he walked on.   Not only brilliant, Ron was one of the funniest men you could find, always with a one-liner at the ready, Ron loved to make other people laugh.  He was a husband, a father, a grandfather, a great grandfather, an uncle, a cousin, a nephew and a friend.  No matter how many certifications or what the profession, his favorite title without a doubt was Poppie / Poppa.  Above all, he was a kind man, a generous man, a man of his word, and a man of honor, he did not judge, and he was the happiest when he was able to bless others; his presence will be eternally and deeply missed by all who knew and loved him.

To leave a condolence, you can first sign into Facebook or fill out the below form with your name and email. [fbl_login_button redirect="https://wbhfh.com/obituary/ronald-j-mehlhorn-sr/?modal=light-candle" hide_if_logged="" size="medium" type="login_with" show_face="true"]
×