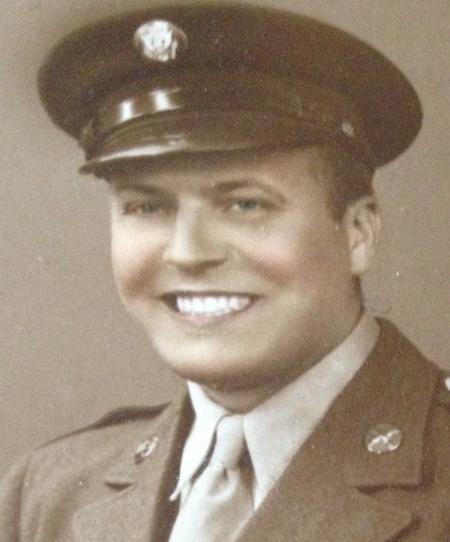 Salvatore Fauci, 95, of Middletown passed away at his residence on Friday morning, March 15, 2013. Born in New York City, Mr. Fauci lived in Brooklyn, N.Y. before moving to Middletown, N.J. 25 years ago. He served his country in the U.S. Army during WWII, and was a former member of the American Legion. He was proud of accomplishing the American dream- attending high school and college at night – and then graduating from Baruch College in New York. He was an accountant, and prior to his retirement he was employed at the U.S. Treasury in New York City. Among all of his accomplishments, he was most proud of his devoted marriage of 71 years. Mr. Fauci was a loving husband, father, grandfather and great grandfather. He is survived by his adoring wife Rose, his sons James and his wife Carol, Thomas and his wife Linda, his daughter Linda DiMare, his sister Vera Pulese, the Masella nephews and families, his six grandchildren Robert, Christopher, Joseph, Christian, Danielle and Justin, and by his four great grandchildren Nicholas, Logan, Luca and Leonardo. Salvatore Fauci was a true gentleman and the cornerstone of this family's life and he will be dearly missed. Visitation will be at the Holmdel Funeral Home – 25 South Holmdel Road, Holmdel, N.J. on Sunday March 17th 2013 from 2 – 4pm and 6 – 8pm. A Funeral Mass will be offered on Monday March 18th at 10am at St. Leo the Great R.C. Church, Hurleys Lane at Newman Springs Road, Lincroft, N.J. Entombment will then follow at Holmdel Cemetery Mausoleum, Holmdel. Donations may be made in his memory to the St. Jude Children's Hospital – 501 St. Jude Place, Memphis, T.N 38105.

To leave a condolence, you can first sign into Facebook or fill out the below form with your name and email. [fbl_login_button redirect="https://wbhfh.com/obituary/salvatore-fauci/?modal=light-candle" hide_if_logged="" size="medium" type="login_with" show_face="true"]
×