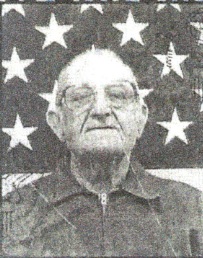 Samuel A. Sipe, 92 of Asbury Park, passed away on Friday, December 6. He was born in 1927 to the late Larabelle (Williams) and Charles Sipe.

He was born in Freeland, MD where to grew up and attended High School. Samuel served his country in the Army, taking part in both the Korean and Vietnam Wars. After 20 years of service, he retired as a Staff Sergeant. After retirement, he worked at Monmouth Medical Center as a boiler operator, and then worked for the Board of Education, both of which he retired from after years of work.

Samuel was a man of few words and did not argue with anyone, if you didn’t agree with him- tough luck.

He is predeceased by his wife Lavold, his children: Rita Hess and Roy Maghan; sister Betty Gracey; and 2 grandchildren.

Surviving are his children: Charles William Boggs Sr. of Rahway, and Sally Blevins, of Georgia; 9 grandchildren; many loving great-grandchildren and nieces and a nephew.

A visitation will be held on Thursday, December 12, from 4 pm – 8 pm at Woolley-Boglioli Funeral Home, 10 Morrell St, Long Branch. Burial will take place on Friday, December 13 at 10 am at Woodbine Cemetery, 14 Maple Avenue, Oceanport.

To leave a condolence, you can first sign into Facebook or fill out the below form with your name and email. [fbl_login_button redirect="https://wbhfh.com/obituary/samuel-a-sipe/?modal=light-candle" hide_if_logged="" size="medium" type="login_with" show_face="true"]
×