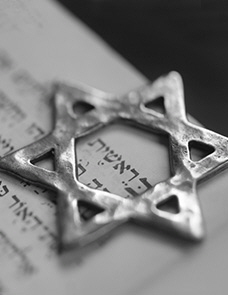 Born in Brooklyn, Saul grew up in New York City, Baltimore and Santa Monica. He attended the University of Michigan and played semi-professional volleyball. Later he was an active leader in the Anti-Defamation League (ADL). He lived in Fair Haven,where for years he coached various youth sports teams, before moving to Oceanport in 1985. Saul served his country honorably in the U.S. Army during the Korean War. He was an electrical engineer at Bell Labs, in Holmdel, before taking over the educational programs for employees the Labs sponsored through post-graduate education.

Saul was an avid sailor, a volunteer at the local SPCA and a longtime member of the Red Bank Community YMCA, where he was affectionately known as “the Mayor”.

Saul was buried on Sunday, October 15, at Mt. Sinai Cemetery, Marlboro. Donations in his memory can be made to the Monmouth County SPCA or to the Red Cross Disaster Relief.

To leave a condolence, you can first sign into Facebook or fill out the below form with your name and email. [fbl_login_button redirect="https://wbhfh.com/obituary/saul-hershenov/?modal=light-candle" hide_if_logged="" size="medium" type="login_with" show_face="true"]
×