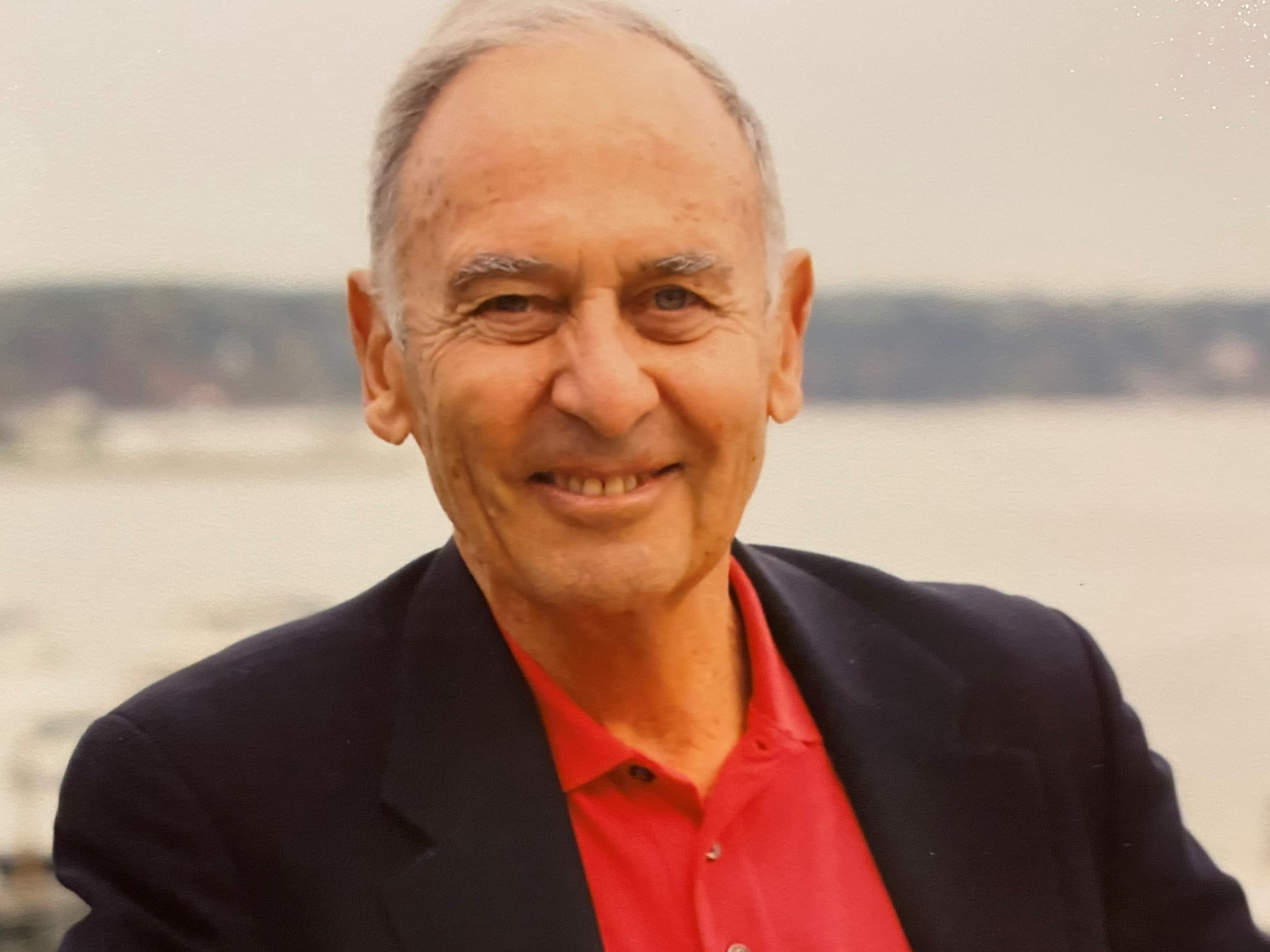 It is with broken hearts but also so much love and admiration that we announce the passing of our dear husband, father, grandfather and brother, Spencer Henry Gaines.

Spencer is survived by his wife of nearly 50 years, Patricia Gaines, his children, Dr. Wendy Gaines and her husband Robert Ryan and son Joshua of Belmont, Massachusetts; Jonathan Gaines and his wife Lauren and children Averi and Devin of Wake Forest, North Carolina; Jennifer Maynard and her sons Brody and Alexander of Ridgewood, New Jersey; and Lori Gaines Freund and her husband Eric Freund and children Emersyn, Dashiell, Hunter, and Hartley of Fair Haven, New Jersey. Spencer is also survived by his beloved brother, Alan Gaines of New York City.

Spencer was born on October 19, 1933 to Herbert and Edith Ginzburg on Staten Island in New York. Spencer entered Syracuse University at the age of 16 and finished undergraduate and law school in six years. He was a lifelong Syracuse fan. Spencer served in the Air Force. He loved to fly and had his single, instrument and multi-engine pilot ratings. Together with his beloved wife, Patty, Spencer took many trips behind the instruments of his Mooney airplane. Spencer and his brother proudly joined their father in their family law firm, Ginzburg, Gaines & Gaines on Staten Island.

Spencer and Patty would have celebrated their 50th wedding anniversary on August 14, 2020. Together they enjoyed many laughs, many adventures and lots of love. Patty was by his side cheering him on when, as an avid golfer, he won the 1985 club championship at Hollywood Golf Club in Deal, New Jersey. Together they also relished their time in Park City, Utah skiing at Deer Valley and golfing at Glenwild Country Club. Spencer had the great pleasure of golfing with Arnold Palmer and enjoyed one of the greatest days of his life skiing Deer Valley mountain in the morning and golfing in the afternoon. Spencer also had two holes-in-one. He and Patty enjoyed attending events every day of the 2002 winter Olympics in Utah.

Spencer was a man of many trades and a visionary. He was a brilliant attorney who was admired by all who worked with him. He was one of the founders of Travelsavers/American Marketing Group, a travel company of which he was so proud. Spencer helped form Rivercrest Realty, a realty investment company. Spencer also proudly served on the Board of CPC Behavioral Healthcare in Eatontown, NJ and ran their annual golf tournaments.

Spencer was the kindest and most generous man, always with a twinkle in his eye. He was savvy and smart and provided guidance and counsel to many. He treated everyone like family and welcomed all in with open arms. He was also quick with a joke and loved to put smiles on the faces of those around him. Spencer was full of life. He will be sorely missed, and we will all strive to be the kind of spouse, parent, grandparent, sibling, and friend he was to us. Spencer was truly one of a kind and we feel honored to call him our own.

Donations in Spencer’s memory can be made to the Alzheimer’s Association and CPC Behavioral Healthcare.

Private funeral arrangements have been entrusted to the Holmdel Funeral Home, Holmdel, NJ.

To leave a condolence, you can first sign into Facebook or fill out the below form with your name and email. [fbl_login_button redirect="https://wbhfh.com/obituary/spencer-henry-gaines/?modal=light-candle" hide_if_logged="" size="medium" type="login_with" show_face="true"]
×