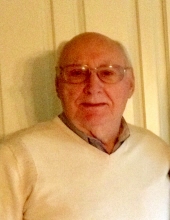 He was born and raised in Kearny, he graduated from Kearny High School, where he played on the football team and was inducted into their athletic hall of fame.

Mr. Gurkas was a member of the Operating Engineers, Local # 68, he worked for many years as an Engineer for Bamberger’s department store and eventually retired from Macy’s.

He and his wife Rosalyn of 64 years, or he would say we are in our 65th year of marriage, moved to Colts Neck 40 years ago. They built their family home on 10 acres. His love for horses led him to build a stable and several paddocks on the property where he bred, raced and boarded thoroughbreds. He enjoyed fixing anything he could get his hands on, fishing on his boat, and taking care of his farm. He enjoyed his family and being a part of his grandchildren’s lives.

He was pre-deceased by his parents, Sarah and Joseph Gurkas and his five siblings.

In lieu of flowers, donations may be made in memory of Mr. Gurkas to the American Stroke Association, Founders Affiliate, PO Box 417005, Boston, MA 02241-7005, To share a favorite memory or messages of condolence please visit Mr. Gurkas’s page of tributes at www.holmdelfuneralhome.com.

To leave a condolence, you can first sign into Facebook or fill out the below form with your name and email. [fbl_login_button redirect="https://wbhfh.com/obituary/william-gurkas/?modal=light-candle" hide_if_logged="" size="medium" type="login_with" show_face="true"]
×