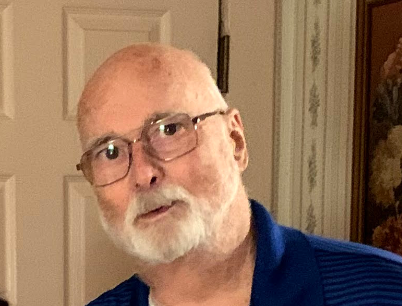 He was born in Long Branch to the late Hazel and William Joseph White in February of 1946.

William was the oldest of eight children, and began to work when he was very young to help the family make extra money. He would do everything he could from mowing lawns, to snow removal, to selling crabs that he would catch.

William graduated from Long Branch High School in 1964 and immediately volunteered to join the Navy. He proudly served his country during the Vietnam era for six years, three of those years served overseas continuously. William finally met the love of his life after a long time of writing to her, and they started their family in 1974, when they had their son. He worked for over 50 years for Wheelock/Eaton.

William enjoyed watching sports, especially liked the Yankees and the NY Giants, fishing and crabbing, gardening, and cooking. He was always working whether it was doing yard work, or fixing things around the house. William was known for his kind and helpful nature, he would go out of his way to help those around him and the community.

Visitation Wednesday, March 31 from 5-8pm at the Woolley-Boglioli Funeral Home, 10 Morrell Street, Long Branch with a funeral home service at 7:30pm. Disposition will be private.

In lieu of customary remembrances, the family requests with gratitude that memorial contributions in his name be directed to the Wounded Warriors Project (www.woundedwarriorproject.org) or St. Jude Children’s Research Hospital (www.stjude.org).

KINDLY NOTE: for the health and safety of all guests, current state and local health protocols of social distancing and the wearing of facemasks are being strictly enforced.

To leave a condolence, you can first sign into Facebook or fill out the below form with your name and email. [fbl_login_button redirect="https://wbhfh.com/obituary/william-j-white-sr/?modal=light-candle" hide_if_logged="" size="medium" type="login_with" show_face="true"]
×