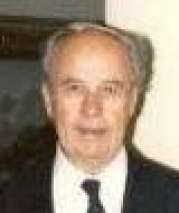 Judge William S. Throckmorton, 88, a resident of Oceanport for 53 years and formerly of Long Branch, passed away peacefully at Monmouth Medical Center on November 11, 2009. Mr. Throckmorton, a loving father, grandfather, brother and uncle has been a wonderful family man and friend who will be greatly missed by those who knew him. Mr. Throckmorton was a lawyer, judge, real estate developer and investor, world traveler, avid tennis player who also enjoyed skiing, fishing and other sporting activities throughout his life. He lived with a passion for life and found humor in everyday situations. Mr. Throckmorton has practiced law in Long Branch for 60 years and had served as municipal judge in the Borough of Oceanport for 25 years as well as a past judge in Shrewsbury Township and the Borough of Eatontown. William was born June 9, 1921 in Long Branch. While growing up in the area, he came from a family of sailors and in 1936, at the age of 15, he became one of the founders and charter members of what is now the Shrewsbury Sailing and Yacht Club, in Oceanport. He is a WWII veteran of the US Army serving in the European Theater of Operations with the 104th infantry division as staff sergeant and was awarded the Purple Heart and combat Infantryman's badge. Prior to enlisting in the Army for wartime duty, William attended North Carolina State College for 3 years. On returning to civilian life, William completed his undergraduate work at Rutgers and attended the Rutgers Law School where he received his bachelor of Law Degree. In 1948, he married June Belott. Following his admission as a member of the New Jersey Bar association in 1949, he associated with Edward F. Juska. He later entered a law partnership with his father Leroy S. Throckmorton in 1951 under the firm of Throckmorton and Throckmorton. In 1966, he formed a new law firm Stokes and Throckmorton, with Edward C. Stokes, in Long Branch, and later with Edward C. Stokes, III, of Oceanport, where he has practiced law since. Mr. Throckmorton served his community as attorney to the Long Branch planning board and Long Branch zoning board. He also served as attorney for the Long Branch uptown businessman's group, Inc., served as judge advocate for American legion post 44, Long Branch. He also was president of the Long Branch Exchange club and Director of the Long Branch regional board of Central Jersey Bank and Trust Co. He was a member of the Long Branch Rotary. William was a descendant of John Throckmorton who arrived on the ship Lion from England with Rodger Williams, at Boston in 1631, was among the first settlers of Providence Rhode Island and in 1664 was one of the original settlers of Monmouth County. He was predeceased by his wife of 55 years, June Belott Throckmorton in 2003; and his parents Viola and Leroy Throckmorton. He is survived by his three daughters and sons-in-law: Nancy and Tim Delaney, of Denver, PA, Joan Throckmorton and Robert Sanders III, of Oceanport, NJ and Janis and Gary Berg of Newburgh, NY and; four grandchildren, Megan Delaney, and Shannon Delaney of Lancaster, PA and Andrew and Lauren Berg of Newburgh, NY; a sister, Margaret Hembling of Rumson, NJ and four nieces and a nephew. Visitation will be Sunday November 15th from 2-4:30 PM at the Woolley Funeral Home, 10 Morrell St. at Broadway, Long Branch. Funeral services will be Monday November 16th, 11:00 AM at the funeral home. Interment will follow in Glenwood Cemetery, West Long Branch. Those wishing may make contributions to a charity of your choice. You may light a candle with your thoughts and memories on the opposite page.

To leave a condolence, you can first sign into Facebook or fill out the below form with your name and email. [fbl_login_button redirect="https://wbhfh.com/obituary/william-s-throckmorton/?modal=light-candle" hide_if_logged="" size="medium" type="login_with" show_face="true"]
×